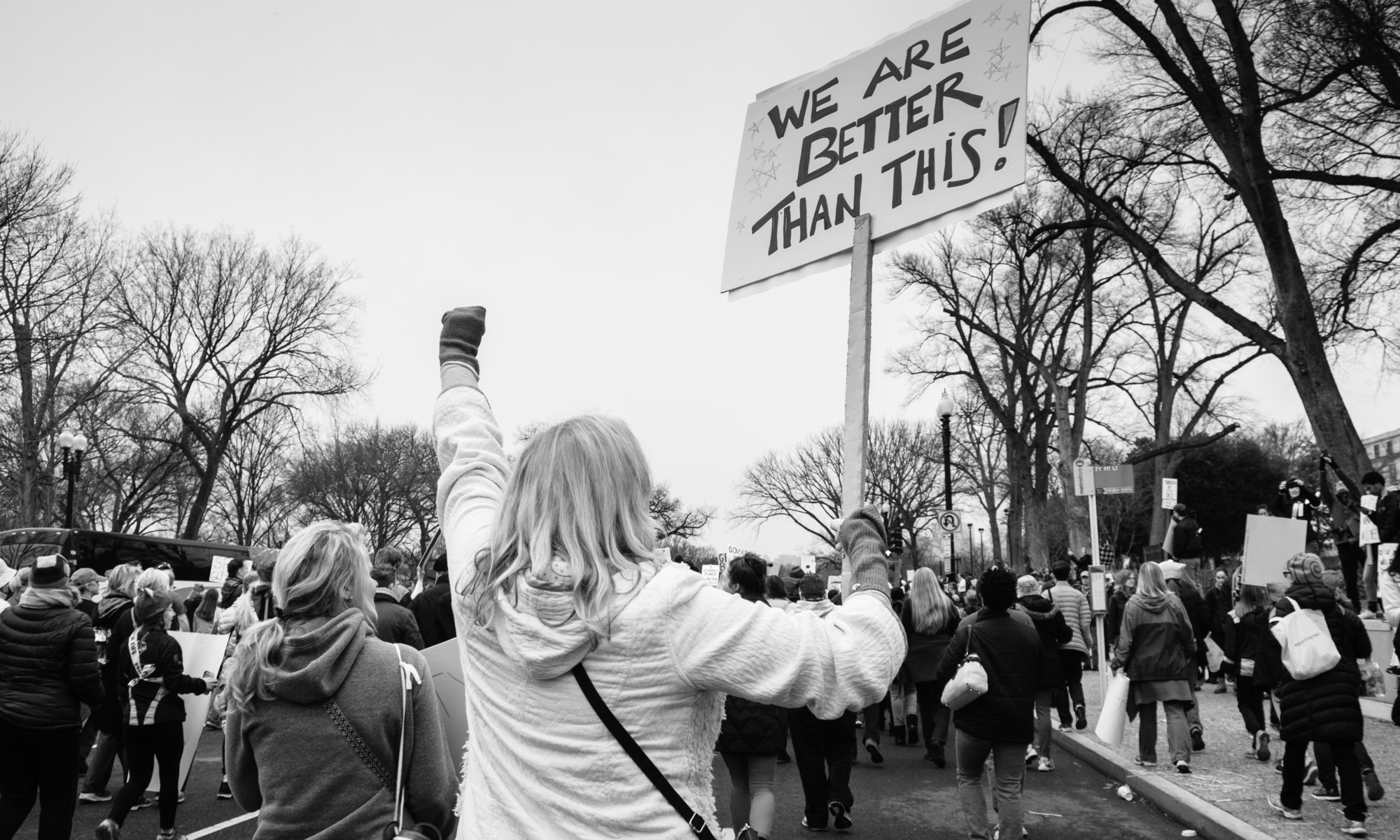 Every month we focus on a different topic related to ethical fashion that we believe consumers need to be aware of. This month we planned to write another piece about how the environment is affected by the fashion industry, but after the events in Charlottesville we wanted to do something a little different.

We’ve always believed that ethical fashion at its core comes down to giving a damn about people. That is why our blog is able to connect fashion with topics across the board such as refugees, women’s empowerment, the environment, ending poverty, etc.

However, when events like what happened in Charlottesville are unfolding in the world around us, what difference do your clothes really make?

First we want it known that we find Trump’s statements disgusting, and unlike him we can say that we condemn white supremacists, Nazi’s, KKK, and all the other hate groups out there without being forced to. If you’re anything like us, our heads are spinning over the events that happened in Charlottesville and the fact that we are dealing with this in 2017. Maybe it’s naive optimism, but come on guys can’t we do better?

You may have been asking this for awhile or are just now asking, what can I do? There are a ton of activists groups out there who are standing up against hate, there are senators to be calling and talking to, rallies to join, businesses to support, and things to read to educate yourself more. With everything seeming to fall down around us, thinking about where our clothing is coming from can easily fall to the back burner. But we can’t let this happen.

Where are clothes are coming from is a tiny piece of this falling apart puzzle but it’s important. Environmental philosopher, John Muir, once said “When you try to pick out anything by itself, you find it hitched to everything else in the universe.”

Ethically sourced goods have the ability to positively impact our environment, to put an end to the cycle of poverty, to empower women across the globe, to bring about equality, and to make our world a better & more loving place. These may sound like lofty ambitions but when the heart of it comes down to us giving a damn about other people these goals are achievable.

Like we have mentioned before, the fashion industry is the second largest polluter behind oil. If North Korea doesn’t come knocking on our door and hate groups don’t take over, climate change is probably one of the biggest threats to this world. Doing your part to buy second hand or from companies who are consciously reducing how much waste they produce can make a difference. I think we all saw how just one vote can make or break in this past election, and the same goes with changing your shopping habits.

The people who work in the fashion industry are mostly underpaid women. If those white men with tiki torches taught us anything, it’s that we need to empower women now more than ever and many ethical companies are doing just that.

When we lift up women, we lift up their children who can go to school and their communities that thrive. Let us be clear that this is not bringing men down so women can surpass them. This is bringing women up so they can be equal #feminism.

Being a conscious consumer is about being a feminist, being an environmentalist, and simply being an advocator for a better world. One filled with more love, and if we’re striving for perfection, one without hate groups.

So while where you are getting your clothes from may not always have a direct impact to the craziness that’s going on around us, it is playing a vital part. Your actions as a consumer have direct consequences in our world.

One dollar is a vote. Use it wisely.